Event number one is booked! Alta Bistro in Whistler and I are having a Tweetup on Tuesday May the 3rd and 5% of sales are going towards getting Andrew his Liberation Treatment in Seattle. Please spread the word to anyone and everyone who can come out!!! Karma Tuesdays is something that Alta Bistro does regularly and I can’t thank them enough for their support!!

Please share this on Twitter and Facebook and whatever other way that you can!! Event number’s 2 and 3 will be announced shortly and promise to be AWESOME!!! 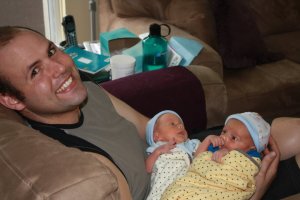 My friend Andrew Kristoff has Multiple Sclerosis. Andrew is 32 years old and has had MS for over 5 years. He is a great guy who, with his wife Theresa, has twin 1 year old boys. Andrew hasn’t been able to work for a few years now, he’s an electrician by trade but MS has made it very difficult for him to live a regular life and enjoy the little things like being able to chase his boys around or mountain bike which is a passion of his.

Liberation Treatment is a new and exciting development in the fight against MS and has shown amazing results in patients living with the disease. You can get the low down on the treatment here. It isn’t available in Canada but it is available in Seattle and I would like to help Andrew get the treatment so he can live the life he so badly wants and deserves to live.

It costs around $7000 and I want to use my social media connections to help him make this happen. I’m asking for your help in whatever way you can. We would love to hold a fundraising event, maybe get some local bands to perform and donate the proceeds from ticket sales, food and drink sales etc to Andrew. We would also need a venue and some auction items or whatever anyone wants to donate. I know everybody says this but Andrew really is one of the greatest guys in the world.

Please feel free to contact me with any ideas/suggestions you have, let’s make a difference for Andrew and his family.

Take the stairs you lazy bastards 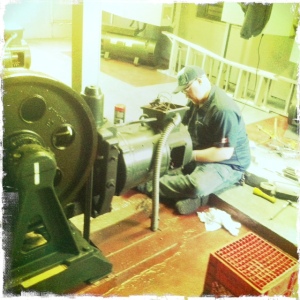 As some of you may or may not know when I’m not out on the town eating, drinking and taking pictures I fix elevators for a living. I am also a dad to a super awesome 1 year old girl named Hayley and since she’s in a stroller I find that I am taking elevators a lot more then ever. I didn’t really use elevators much before Hayley unless I was in a high rise or the stairs weren’t accessible but now it’s a necessity. I have noticed that a lot of perfectly healthy able bodied people take elevators up or down 1 or 2 stories and it has really started to bother me. Elevators are for people who can’t take the stairs, parents with small children, the elderly, people with physical disabilities etc. not for lazy assholes.

The part of my job that makes it all worth while is making buildings accessible to everyone but somewhere along the way people have decided that taking the stairs is far too much work. Escalators are often within sight of mall elevators but there is almost never enough room for my daughters stroller in the elevator let alone a wheelchair. Minus 10 points for modern convenience.

Thanks for reading my little rant, now back to regularly scheduled programing.

Bake for the Quake

This past Wednesday I attended Bake for the Quake, a fundraiser for Japan earthquake and tsunami relief with proceeds going to Doctors Without Borders. The event, organized by Melody from Vancouver Food Tour and Joy from Gourmeted, was held at the Roundhouse Community Centre in Yaletown. I arrived about 15 minutes after the event began and was amazed by the turnout, the line went from one end of the building to the other and out the door! I guess I should have skipped the quick drink at Glowbal before I headed over…

I picked up some yummy treats including a Ryan Kessler cupcake, check out the rest of my pictures below. 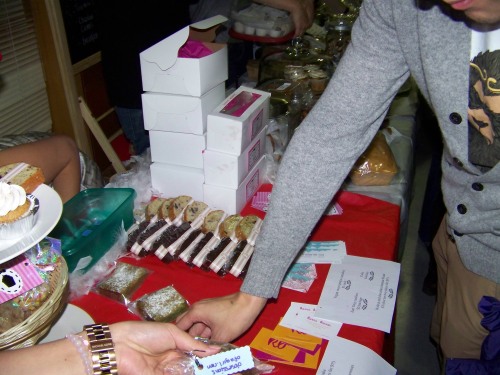 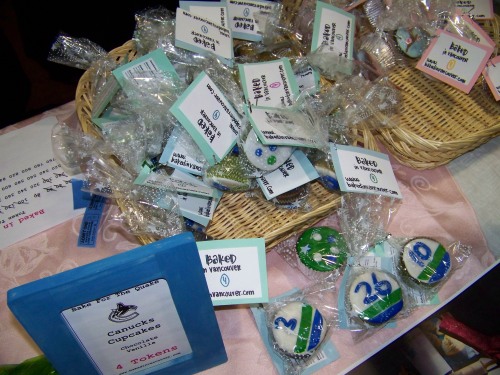 Great event for a great cause!!!

Behind Sapphire at Go Go Beans in Abbotsford 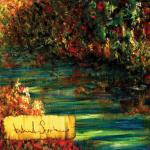 Music isn’t my usual subject matter but I do love it, maybe more than food (gasp!!). I made a last minute trip out to Abbotsford tonight to see Behind Sapphire, a Vancouver based pop/folk band. I met my pal Dylan and his wife there, yes the real More Than A Feeling music blogger himself! The venue was a little coffee shop called Go Go Beans who make a killer Americano, a very intimate setting to say the least.

The band played a nice set starting with “Oh My, What A Fine Day” off of their self titled debut album, very beautiful song with haunting vocals and a great harmonies. The whole set was solid and finished with a fully unplugged performance of “Nearer My God to Thee” which sounded fantastic. It reminded me of seeing Fran Healy do a fully unplugged set at The Vogue last year.

I kind of get the feeling that in the near future I’ll be telling people that I saw Behind Sapphire play at a coffee shop in Abbotsford and they won’t believe me. Great song writing and great story telling equal a great show. Thanks to VanCityAmy for posting their video a while back so I could discover them. I see big things in their future.

This weekend I set out to prove something, that a food blogger could actually do a food related job. Food bloggers get a lot of negative feedback from some restaurant types because we couldn’t possibly know what we’re talking about, we’re just bloggers. Not so I say, and my good pals at everyones favorite food truck, The Roaming Dragon, were gracious enough to let me have a crack at assisting them at a catering gig 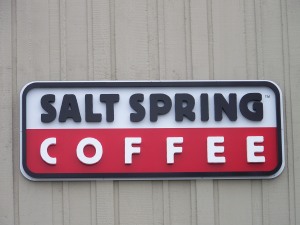 they had for Salt Spring Coffee at their Richmond roasting facility. I wasn’t sure what my job would be but I was willing to work hard and do my best while hopefully not dropping anything or embarrassing myself. I have a lot of respect for what Jory, Jason and The Roaming Dragon team do on a daily basis and I didn’t want to let them down. 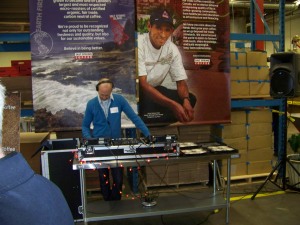 The event was very cool, a DJ spinning smooth house music, coffee flavored beer and happy looking Salt Spring Coffee employees. Salt Sprig Coffee has a coffee education center in house and it sheds some light on how the coffee you drink gets into your cup. The space they occupy looks like it’s already getting too small which is great news as that means they’re busy! Salt Spring coffee deals in fair trade, organic

coffee with some single origin and small “Micro-lot” roasts that get the coffee geek in me shaking with caffeinated happiness. We all know that Vancouver loves its premium coffee but this stuff is a step above the rest. I sampled a little bit before the Dragon arrived and I was very impressed.

So my job was basically running food from the truck to the tables inside the event, making sure that each of the 4 dishes were well represented and clearing away empty plates. The four dishes were Chicken Karaage, Tuna Tare Tare, Tofu Caprese and Porkbelly Sliders which used Salt Spring Coffee to flavor the pork, so good…The Chicken was the big mover with people hovering around the table

and devouring large amounts as soon as the plate left my hand, I can’t blame them though as it’s my favorite too. The Dragon crew were very tolerant of me and all seemed to be having fun while pumping out Pan Asian goodies from their kitchen on wheels. Really impressive given the cramped quarters. 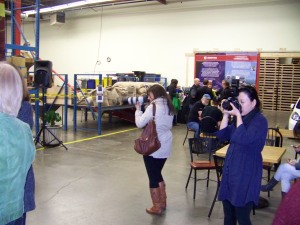 The Vancouver Observer was also on hand documenting my efforts to clear the names of food bloggers the world over. There will be a photo montage with audio coming soon to VO and when it does I’ll be sure to let everyone know. I think I held my own but to be honest they were pretty easy on me. Jason and Jory, co owners of the Dragon made a donation to Variety BC to thank me for my help which was a great gesture as I was fully prepared to do it for free. Check out the rest of the pictures below, hopefully you’ve eaten at The Roaming Dragon before, if not you should…soon. 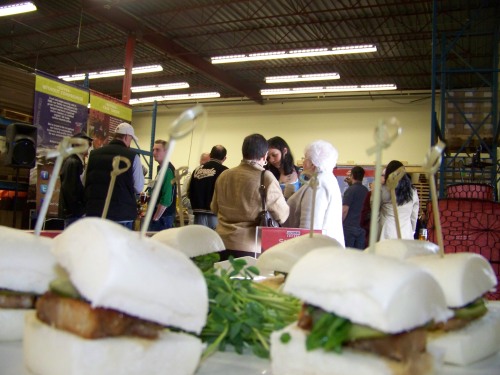 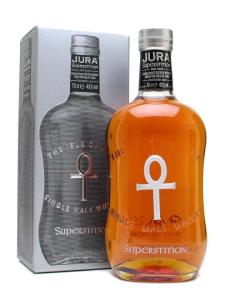 Jura Superstition is a blend, there I said it, I am drinking blended Scotch. Usually I am a huge snob when it comes to Scotch Whisky, single malt only and nothing less than 12 years old unless it’s Ardbeg or Strathisla. Jura Superstition is my one and only exception to my own rules. Jura is a Scottish island located to the north east of the more famous island know as Islay. Islay and Jura are roughly the same size but Jura’s population is a mere 200. The Isle of Jura Distillery is the only one on the island and produces its own unique single malt whisky line ranging from 10 to 40 years old. Superstition is a blend of both old and new single malts which gives it a unique marriage of peat, smoke, sweet and spice that is unlike anything else I’ve had.

On the nose the peat is quite mild joined by mild smoke and a hint of orange zest. In the mouth the peat and smoke continue their mild ways and are joined by citrus notes and a distinct tobacco flavor that is very similar to a good Cuban cigar. The finish is long with more tobacco and smoke flavors. This is the ultimate pairing with a good cigar. The color is a rich amber.

All told this is a great blend for anyone looking to step away from the mild highland whisky’s and move up to something more sophisticated. It’s not a huge leap like a Lagavulin or Ardbeg would be for the casual Scotch drinker. Jura Superstition will make a nice addition to your  collection.

Whats For Lunch BC's Blog
Create a free website or blog at WordPress.com.